Skip to content
Home/Blog/Automotive transport and shipment/The Suez Canal got stuck by Ever Given, what happened?
Previous

The Suez Canal got stuck by Ever Given, what happened?

After 29 hours of “rescue”, the Canal Administration finally succeeded in getting part of the ship shallow last night and gradually moved to the shore. It is continuing to try to make the freighter float up, hoping to resume southbound traffic as soon as possible. 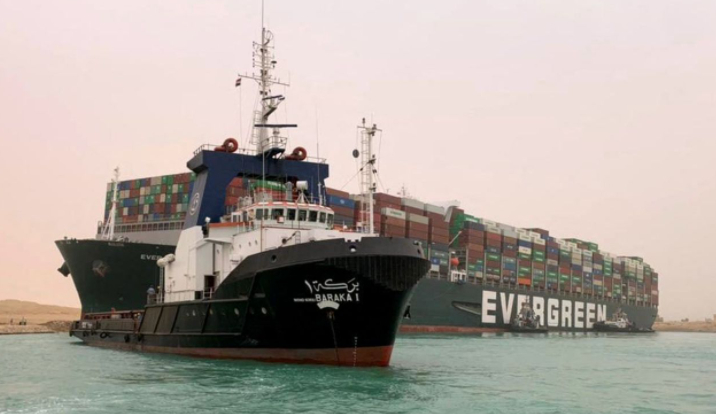 A 400-meter-long giant ship stuck in the Suez Canal, and the “throat” of global trade was stuck. At around 6 am GMT 23rd, 2021, the liner Ever Given ran aground on the Suez Canal. This super-large freighter of 20,000 TEU has caused a two-way blockade of the canal for nearly four days. 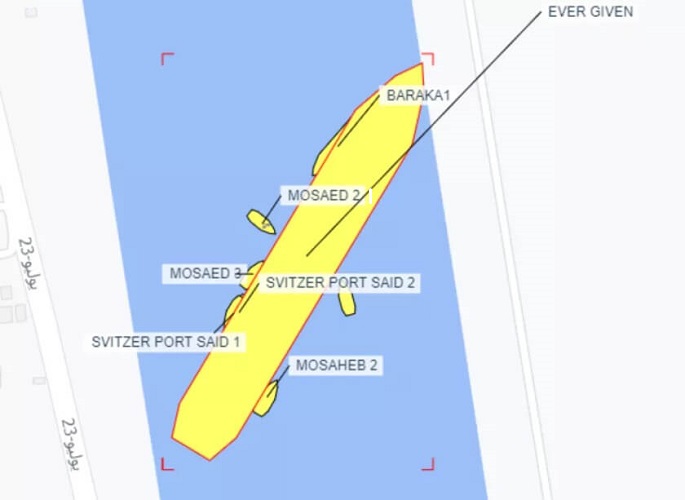 What is the sacred Suez Canal?

The Suez Canal was built and opened for navigation in 1869, connecting the Mediterranean and the Red Sea. It is the closest route from Europe to the Indian Ocean and the Western Pacific, and one of the most frequent routes in the world.

It is not only the boundary line between Asia and Africa, but also the main channel for trade exchanges between Asia, Europe and Africa. 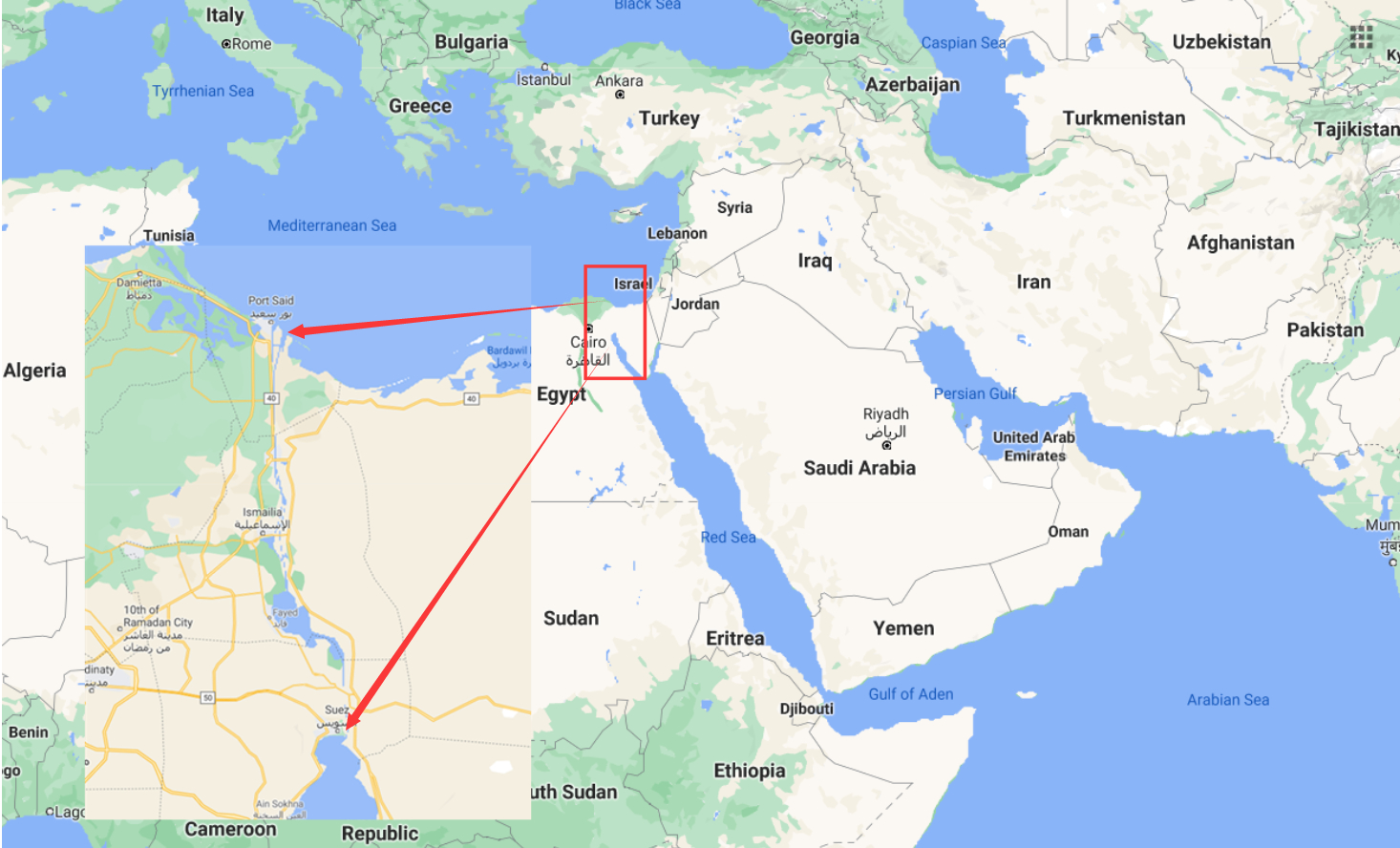 The Suez Canal has a high status in global shipping and has a great effect. Without this river, those freighters departing from Asia to Europe would have to go around the Cape of Good Hope in Africa, make a big circle, and spend an average of 5-7 days at sea.

On July 29, 2015, the dredging of the New Suez Canal was officially completed and officially opened on August 6, 2015.

A super-large freighter named Ever Given belonging to the Evergreen Group.

The widest part of the Suez Canal is 345 meters, and the Ever Giver is 400 meters long. Now the boat crossed over and blocked the river. 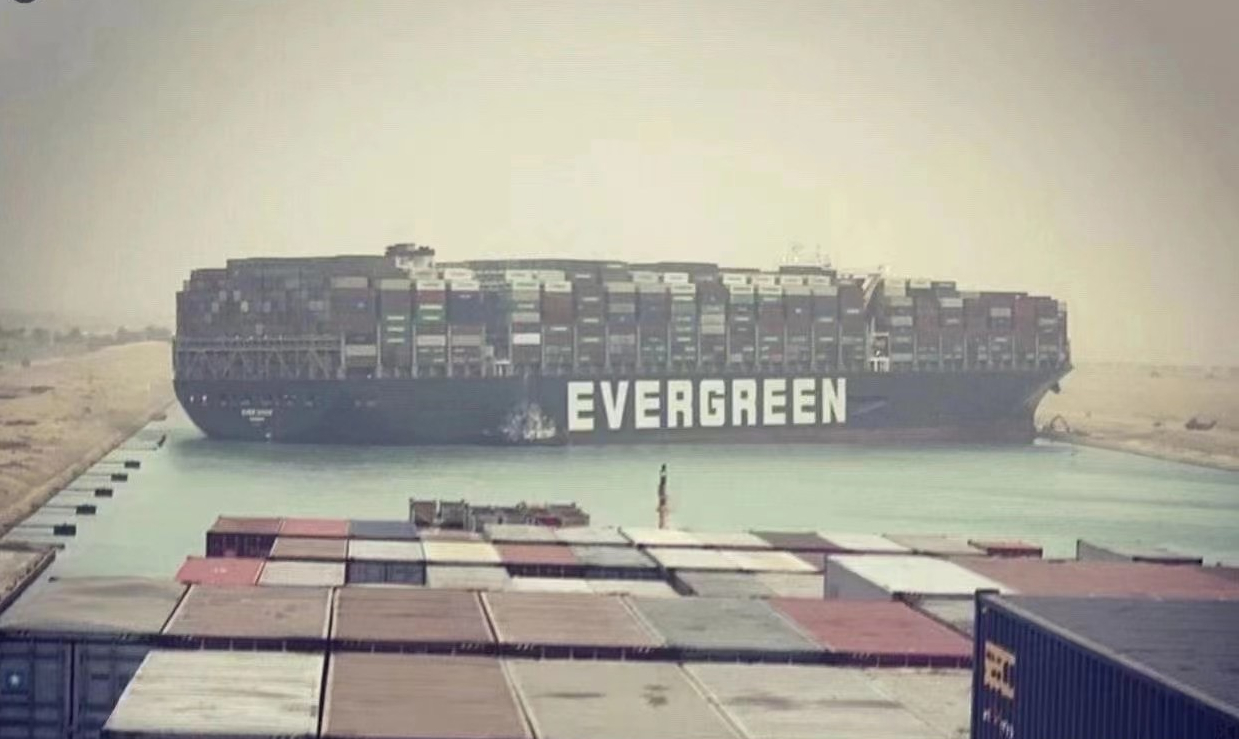 PS. The specific reasons are under investigation and await an official reply. It is reported that the highest single-day income of the Suez Canal this year has reached 22.2 million US dollars, which means that the loss of the Suez Canal for one day is about 20 million US dollars. In addition to the demurrage fees and accident clearance fees of other ships, the compensation may be an astronomical figure.

Who will bear the ultimate responsibility?

The Ever Givin is a cargo ship owned by the Japanese Shoei Kisen Kaisha, registered in Panama, leased by the Taiwan Evergreen Shipping Company, transporting Chinese cargo to Europe, stranded on a canal managed by Egypt, and rescued by the Dutch team.

Although it is possible to insure against ocean-going cargo ship stranding, cargo damage, collision or environmental pollution, there is a fair insurance clause called the “canal stranding clause”. stranding at the junction of a particular canal and a particular canal is not counted as a “stranding” situation. The so-called specific canals include the Suez Canal. The implication is that the Suez Canal is stranded and the insurance company is unlikely to lose money.
Some shipping lawyers believe that this incident should be the biggest “claims disaster” for a container ship. The loss of hull and rescue machinery alone can reach 900 million yuan. The total amount of compensation must add up to a huge figure.

There was no warning before such an important canal was blocked?

On the contrary, the Suez Canal is often blocked, but there is basically no major incident. Last time last year, the Murrayh, which was also 400 meters long, lay across the middle of the canal. After 5 hours of towing, the ship floated.

It was blocked several times, and the Suez Canal Authority did not take it seriously. The last expansion of the canal was 6 years ago, and it has nothing to do with the blockage. Moreover, this time there was an accident, and the weak excavator that was dispatched could also tell that the emergency plan was insufficient.

In addition, the tolls on the Suez Canal are quite high. A ship passing through the Suez Canal will have to pay more than US$500,000 tolls. For the road to pass through the Cape of Good Hope in South Africa, the fuel and tolls add up to only 500,000. US dollars.

Since the opening of the Suez Canal, Cape Town and other coastal cities in Africa have been eclipsed for more than a hundred years. However, the Suez Canal relies on the geographical location to overwhelm the price, the maintenance is not in place, and the emergency plan is missing, and it seems that the shipping pattern is about to be rewritten. After the ship jam occurred, a small number of ships have begun to detour, and the opportunity of the Cape of Good Hope has come.

According to statistics from TankerTrackers, a crude oil transportation tracking website, the affected ships carried approximately 10 million barrels of crude oil and petroleum products. According to Anoop Singh, head of research at Braemar ACM Shipbroking, about 600,000 barrels of crude oil are transported from the Middle East through the Suez Canal to Europe and the United States every day. If you do not want to wait for the blockade to be lifted, the trapped ship can choose to take a detour to South Africa, which will take at least 5-7 days longer, which will greatly increase the transportation time and cost.

Affected by this incident of cargo ship blocking the canal, investors are worried that the supply of crude oil will be blocked. International oil prices rose yesterday. New York oil futures rose 5% and Brent oil also rose nearly 2% to US$61.93 per barrel.

After the “Ever Giver” ran aground, the two-way traffic on the canal was completely blocked. At least 42 ships and 64 freighters were stranded at the north and south exits. (However, due to the narrow waterway, there have been ship jams in the past. In 2016, the “CSCL Indian Ocean” freighter ran aground on the canal for 5 days.)

Anyway, hope to recover as soon as possible.